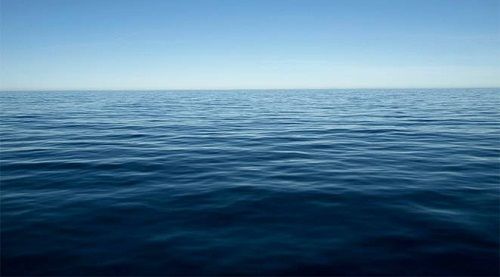 An ocean is a large body of saline water. About 97.5% of the total water of the planet Earth is saline. There are 5 oceans on the Earth, and are given in order from largest in size to the smallest: