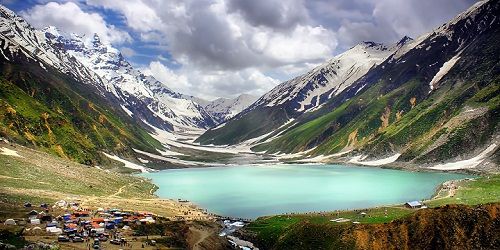 A lake is a large body of water surrounded by land. The majority of lakes on Earth are fresh water lakes while few are saline water lakes.

The Caspian Sea is also considered a lake as well as a full-fledged sea. It is saline water lake, and is the world’s largest lake (Much larger than the Lake Superior and the Lake Baikal, but it is a saline water lake). Following is the list of world’s famous lakes.