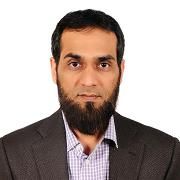 Our group members include scientists, postdocs, and PhD students

Materials for photovoltaics and catalysis and their applications in sustainable development

PhD and Postdoc positions are available time to time

I am fond of sports, travel and photography

A few selected images and videos

Welcome to my homepage!

Muhammad Sohail received his MSc degree from Quaid-e-Azam University, Islamabad Pakistan. Following his PhD at the Open University UK, he held postdoctoral positions at the same University where his research was focused on the Organosilicon Chemistry and Siloxane based materials.

Before joining Qatar Energy & Environment Research Institute (QEERI), he was an assistant research scientist at Texas A&M University at Qatar where his research was focused on the Photocatalysis and time resolve spectroscopy.

His current research interests are related to renewable energy that includes, materials for photovoltaic applications, catalysis for CO2 conversion to value additions, renewable hydrogenation, and storage.