8. Which of the following is NOT a common symptom of Coronavirus infection?
(A) Fever
(B) Headache
(C) Tiredness
(D) Dry cough

General Knowledge Questions about the World, Key Facts, Geography and History
You are viewing the top most important 300 MCQs of general knowledge (GK). These multiple choice questions (MCQs) are helpful in preparation for different entry and jobs related exams. Instead of reading thousands of MCQs, we recommend to prepare these most important 300 GK MCQ first. Ambitious students should also prepare questions given in the Current Affairs section and Everyday Science section. 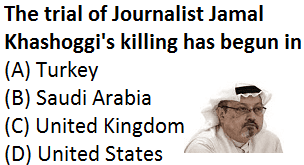